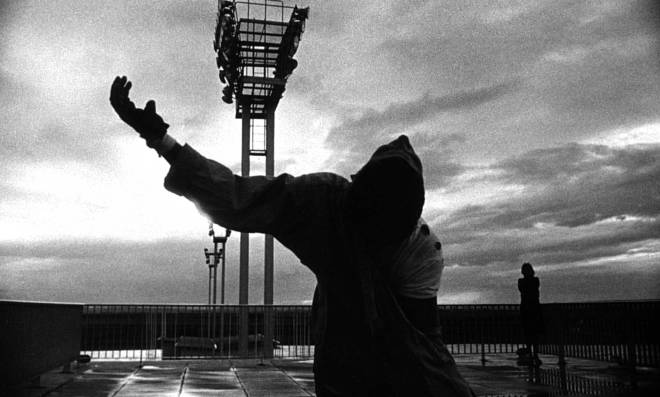 La Jetée is a black and white sci-fi story about time travel, told in the format of narration and photographs that either hard-cut or fade depending on the movement they are trying to emulate.

Interpreting the format of La Jetée is like reading a difficult book; It takes a while to adjust to the style before it is easy to follow. Whilst eventually the story gets clearer, the execution is noticeably outdated. The pacing stands out as a key factor in the film’s outdatedness. Attention spans are getting shorter and the world in general is moving at a much faster pace than it was in 1962 (Burnham, 2014). We’re living in a time where entertaining videos last seven seconds and thus the lack of motion in La Jetée, in general, would fail to capture the majority of the audience of today.

That being said, an adapted version of the format (communicating the story through changing images) is quite effective and punchy. There is a certain level of intensity and drama created through hard cutting between images and it leaves room for an element of surprise not possible when a shot is moving. The narration resembles a podcast and has not aged in its effectiveness of storytelling on its own – it would work quite successfully in a podcast format with no images. It is, in fact, the outdated pacing of the imagery that loses the story; we aren’t given the freedom of being left entirely up to our imagination for visuals, like with a podcast, but what we are given cannot keep up with modern attention spans.

Our short montage was inspired by the lyrics to the song Avant Gardener by Courtney Barnett. We took our main theme for our imagery from the words “I sleep in late, another day, oh what a wonder, oh what a waste. It’s a Monday, it’s so mundane.” We combined ‘sleeping in’, gardening, and the mundane to form an abstract depiction of the story told in the song, our photographs vaguely alluding to the lyrics and allowing the viewer to draw their own conclusions about the relevance. This seemed to translate well, however, our imagery wasn’t as strong as it could have been had we done some more interesting things with cropping and repeating images. With a little more time to work on it we could have gone more into the editing of the work.